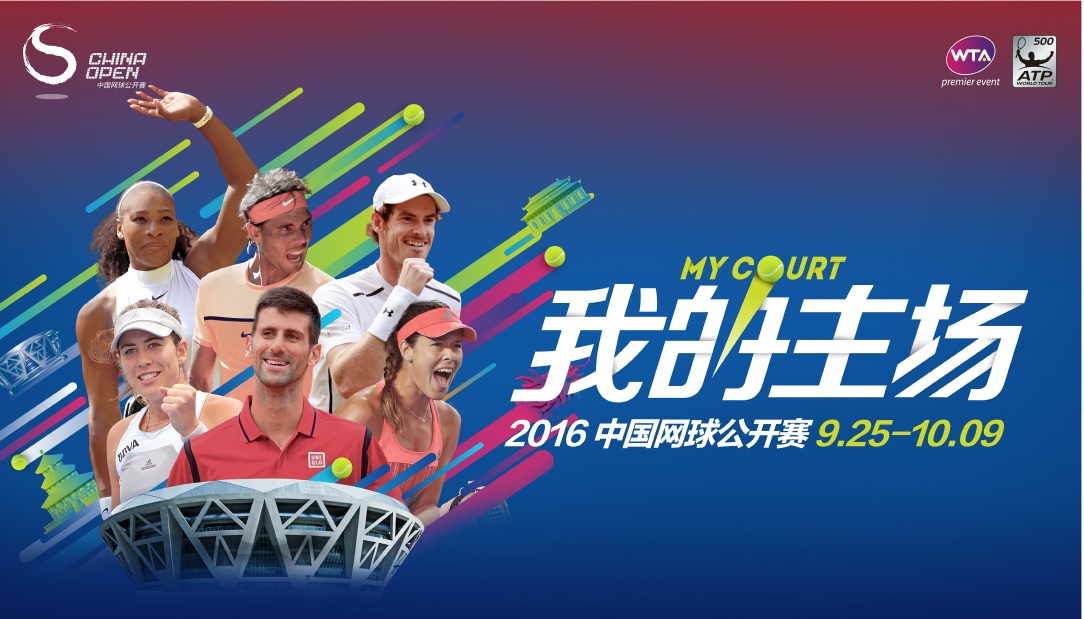 On August 25th, the China Open announced the 2016 Player List at the Sanlitun Mercedes Center for both men’s and women’s singles events. The official Mercedes-Benz tournament car also debuted.

Every year the Player List of the China Open attracts plenty of attention. As one of the four WTA Premier Mandatory tournaments, the China Open’s Player List for women’s singles could not be more amazing. The compulsory entry requirement means the tournament is a great party for the top players around the world. This October, the top 47 players in the world will appear at the National Tennis Center except for mother-to-be Victoria Azarenka. World Number 1 Serena Williams, and new grand slam winners Angelique Kerber and Garbine Muguruza will all be competing to become the China Open champion.

The lineup of ATP players is equally impressive. In early July, the China Open had announced Novak Djokovic, Andy Murry, Rafael Nadal and Milos Raonic will all be playing in this year’s tournament, generating excitement among the fans who are looking forward to the men’s singles final of the China Open. Among the players in the official Player List are David Ferrer from Spain, Jo-Wilfried Tsonga and Richard Gasquet from France, and other stars of the future like Grigor Dimitrov, Bernard Tomic and Mischa Zverev can also be found on the list.

The China Open will be held this year at the National Tennis Center from September 25 to October 9, 2016.