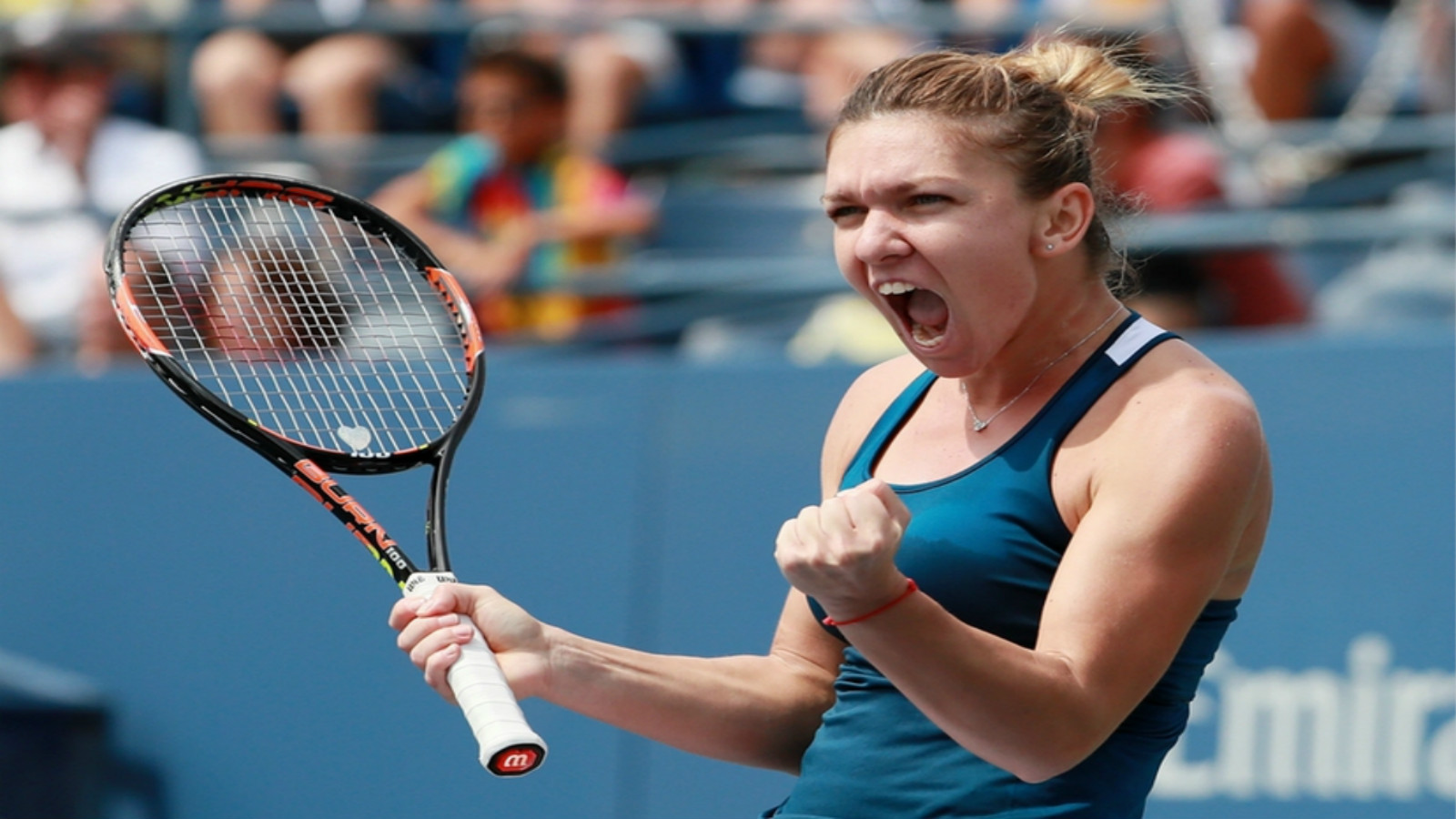 Before her 25th birthday, Simona Halep said that the only role model in her career was Serena Williams, the queen of tennis today. Interestingly, few people can remember that the beginning of Halep’s road to fame was similar to Li Na’s.

Just before the 2011 U.S Open, a hurricane hit New York City. In the violent storm, all flights to the east coast of the USA were suspended and many passengers missed the first round of U.S Open as I did. The next morning, when I was still waiting in the Beijing Capital International Airport, I received a piece of news which shocked many Chinese people - the French Open champion of that year, 6th-seeded Li Na was unexpectedly defeated by the World Number 53 Halep. China’s top female player had made more than 50 unforced errors during the whole match, while at the same time it was the first win over a top 10 player for the Romanian woman, who was under 20 at the time.

It is worth mentioning that four years later, Halep started the new season as the World Number 2 for the first time in her career. She was knocked out by another Chinese player, 27 year-old Zhang Shuai, in the first round of the 2016 Australian Open. The rising star in women’s tennis became the stepping stone for Zhang Shuai to break her curse of never reaching the second round in Grand Slams before.

Since Serena Williams is the only player Halep is concerned about, and the two have completely different in physiques and styles, what does Halep want to learn from the candidate for the best female player in history? Her answer is: motivation, fighting spirit, and aggressiveness. This year, she must give full attention to these learned merits.

After losing to Zhang Shuai, Halep’s 2016 season has been filled with unforeseen ups and downs.

After the Australian Open, she announced that she would take a break for a surgical procedure because of severe infections in her abdominal cavity, nasal cavity, and ear canal. Then, in order to play Fed Cup for Romania, she postponed the surgery, which has still not happened yet. However, her participation in Fed Cup did not yield good results. Romania was beaten by Germany, and thus relegated for next year. She also pulled out of the Rio Olympic Games due to the possibility of being infected with the Zika virus.

Knocked out in the first or second round several times in the first half of the season, Halep still took home the titles of several higher-level tournaments including Madrid and Montreal. However, her performance in Grand Slams were not satisfying. It was acceptable when she was defeated by Angelique Kerber in the quarterfinals of Wimbledon, but after losing to Sam Stosur in the Round of 16 at the French Open, her complaints about playing in the rain, even generating outside criticism.

It was not unusual to win only one of the 8 meetings with Serena Williams and losing twice to her again this year, since almost everyone surrenders to the “queen” nowadays. But this year she also won only one of the four meetings with Kerber, the Australian Open champion. The defeat in Cincinnati even made her drop out of top 4 in the world rankings, and made her draw in the U.S Open more difficult.

People inevitably began to wonder whether the road to her rise is too long for Halep. It was two years after defeating Li Na when Halep came to the first climax in her career with 6 titles in a season and won the WTA Best Young Player award of that year. Although she reached her first final of a Grand Slam in as early as 2014, she did not make win the title when facing Maria Sharapova, not Serena Williams. Hereafter, she even faded away from the  center stage. In comparison, Garbine Muguruza, two years her junior, took less than a year from reaching her first Grand Slam final to her first Grand Slam title, by defeating Serena Williams!

Nonetheless, there was something positive in Halep’s 2016 season -- the coaching arrangement with legend Darren Cahill. Although Cahill did not accompany her in the clay-court season, she still highly appreciated the coaching of the Australian.

One of the most important differences between the WTA Tour and the ATP Tour is that the female players can request on-court coaching during rest periods in the matches on tour except at the Grand Slams. Interestingly, as the former coach of Andre Agassi and Lleyton Hewitt, Cahill is not so in demand by female players. At the beginning of their cooperation, Halep frequently asked the coach to get on the court, but there was not much real communication between the two. Cahill once said that as a coach he needed to teach the players to solve problems on the court by themselves since they could not rely on on-court coaching too much.

The effect of such a coaching style may not be fully reflected in the results, but in her attitude during the matches. Halep said that Cahill strengthened her confidence by helping her to maintain a positive way of thinking on the court. Regardless of the techniques or tactics and regardless of how much match experience she has or the playing styles of the different opponents, Cahill can always help the player.

In contrast to male players, female players are more dependent on their coaches. Since turning pro, Halep has cooperated with several coaches. She once invited Thomas, the former coach of Li Na and Sharapova, to be her technical instructor, but it is really hard to find the most suitable one. As one of the most promising young players in women’s tennis, Halep needs to find her “Mouratoglou” first if she really wants to learn from Serena Williams in her career. （Translated by Zhou Ying, Edited by Peter Chorba）