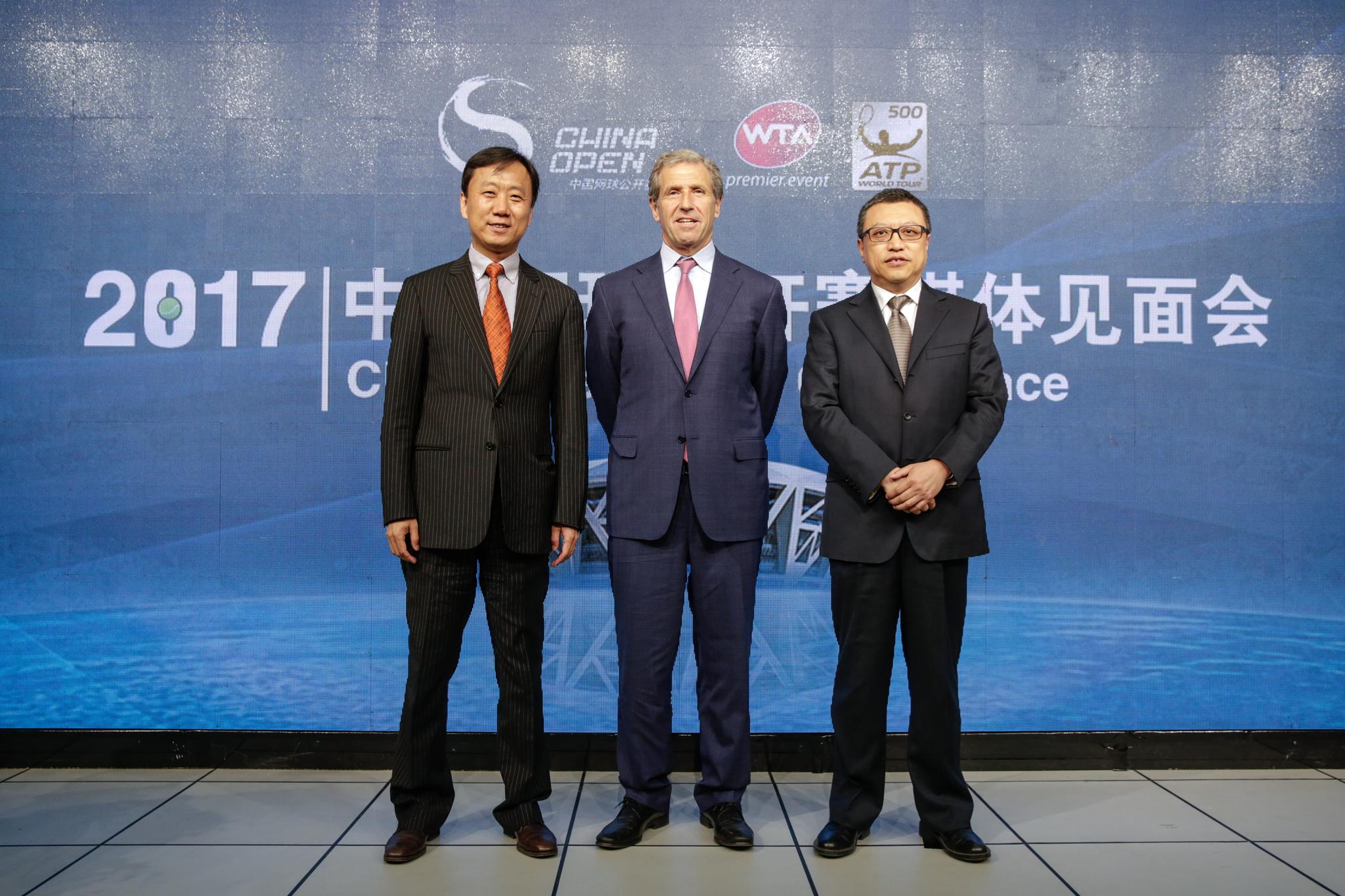 Beijing, China – On April 27th, China Open Promotions Limited (COL) officially announced the appointment of Mr. Thomas P. Ross as its EVP of International Affairs & Co-Tournament Director of the tournament, responsible for tournament organizing and related international affairs. The joining of Mr. Ross signifies the China Open taking a new step in its strategic development, which will further improve its international standing.

Founded in 2004, the China Open has gone through two stages: establishing and upgrading. With a WTA Premier Mandatory Event, an ATP World Tour 500 event and an ITF Juniors Grade 2 event, it has become the combined men and women's tennis event with the highest level, the highest prize money, the most participants, and the greatest influence in Asia.

With 13-year’s growth and development, the China Open has elevated its tournament tier as well as gained acceptance in brand building and business development, demonstrating a tremendous business value as evidenced by long term corporate partners, such as Beijing Benz, China Life, Citic Bank and Rolex. The China Open was ranked first in global broadcast viewership of WTA in both 2015 and 2016. The joining of Mr. Ross with the China Open is another indication of the international plan to further improve the influence of the tournament brand around the world.

Mr. Ross has a very brilliant career in the tennis industry, highlighted by being the Senior Vice President of Octagon, a top sports agency. In his over 25-year agent history, he has been the representative for Michael Chang, Lleyton Hewitt, Stefan Edberg, Gustavo Kuerten and many other world-class players, signing numerous remarkable deals for them. Mr. Ross also has an abundance of relationships in the international tennis industry, being very familiar with the sports market in North America and the Asia-Pacific region, which will further allow him to open the global market for the China Open in the future.

“This event is remarkable, with major stadiums, an annually strong player field, extraordinary global viewership and an excellent organization and team. It has become an iconic event in the sporting landscape of China, and being staged during the National Holidays (Golden Week) only further adds to its unique place in China's celebration.” said Mr. Ross. “I am excited to bring my experience to the tournament and help lead our team's collective mission: namely, to elevate even further the profile, prestige, and standing of the China Open on the international stage, and to enhance the appeal and experience at the China Open for players, sponsors, and fans.”

Alfred Zhang, the Tournament Director and the President of China Open Promotions Limited, said, “With 13-year’s development, the China Open has entered a new stage for further expansion of international influence and brand recognition. The cooperation of Mr. Ross and the China Open is to some extent based on his passion for tennis and responsibility for the development of tennis around the world. During the communication with Mr. Ross, he repeatedly expressed his profound feelings for Asia and his wish to promote the development of tennis in China. I think the China Open is precisely the platform to develop tennis in China and even in the Asia-Pacific region together with him. It can be said to be a win-win cooperation. In the future, we will make further discussion about the related work of international affairs to raise the international influence of the tournament.”

Regarding today’s announcement, Michael Chang conveyed his best wishes, “Congratulations Tom on becoming the Co-Tournament Director of the China Open. I know obviously you’ve got a lot of great experience in Asia, certainly helping me as my agent, and dealing with a lot of tournaments and sponsors. I think you are going to do a great job over there, and the tournament is definitely very fortunate to have you. I think it’s going to be a great year for the China Open.”

Todd Martin, CEO of the International Tennis Hall of Fame offered his comments on today’s news, “Tom Ross is a great friend and has been one of my most valued advisers for the past 27 years. He is a man of great creativity, wisdom, and character. Tom's work ethic is remarkable. His love for tennis is pure and he will no doubt be a great addition to the team in Beijing.”

International organizations also showed their great support. Steve Simon, the CEO & Chairman of the WTA Tour, said, “I’d like to take this opportunity to congratulate Tom and the entire team at the China Open with respect to his new appointment of becoming the Co-Tournament Director of this great event. You are in great hands with Tom.” Micky Lawler, the President of the WTA, said, “Many congratulations to the China Open for appointing Tom as the new Co-Tournament Director. He is extremely diligent and hard working. He is the best. And we look forward to working together with him.”

Mr. Duan Gang, the CEO of China Open Promotions Limited, said in the interview, “The joining of Mr. Ross is a new acceleration of the tournament. He will provide professional opinions for tournament operation and brand building, and will assist the tournament with the communication in international affairs.”

Madam. Wu Peihua, Chairman of China Open Promotions Limited, said, “We highly value Mr. Ross’ experience and expertise in various areas such as extensive and profound player relations, sports marketing, business development, and international affairs. Therefore, we are confident that Mr. Ross is well qualified to fulfill the position of EVP, International Affairs, as well as Co-Tournament Director of the China Open.”

Mr. Ross has already begun his duties in Beijing.