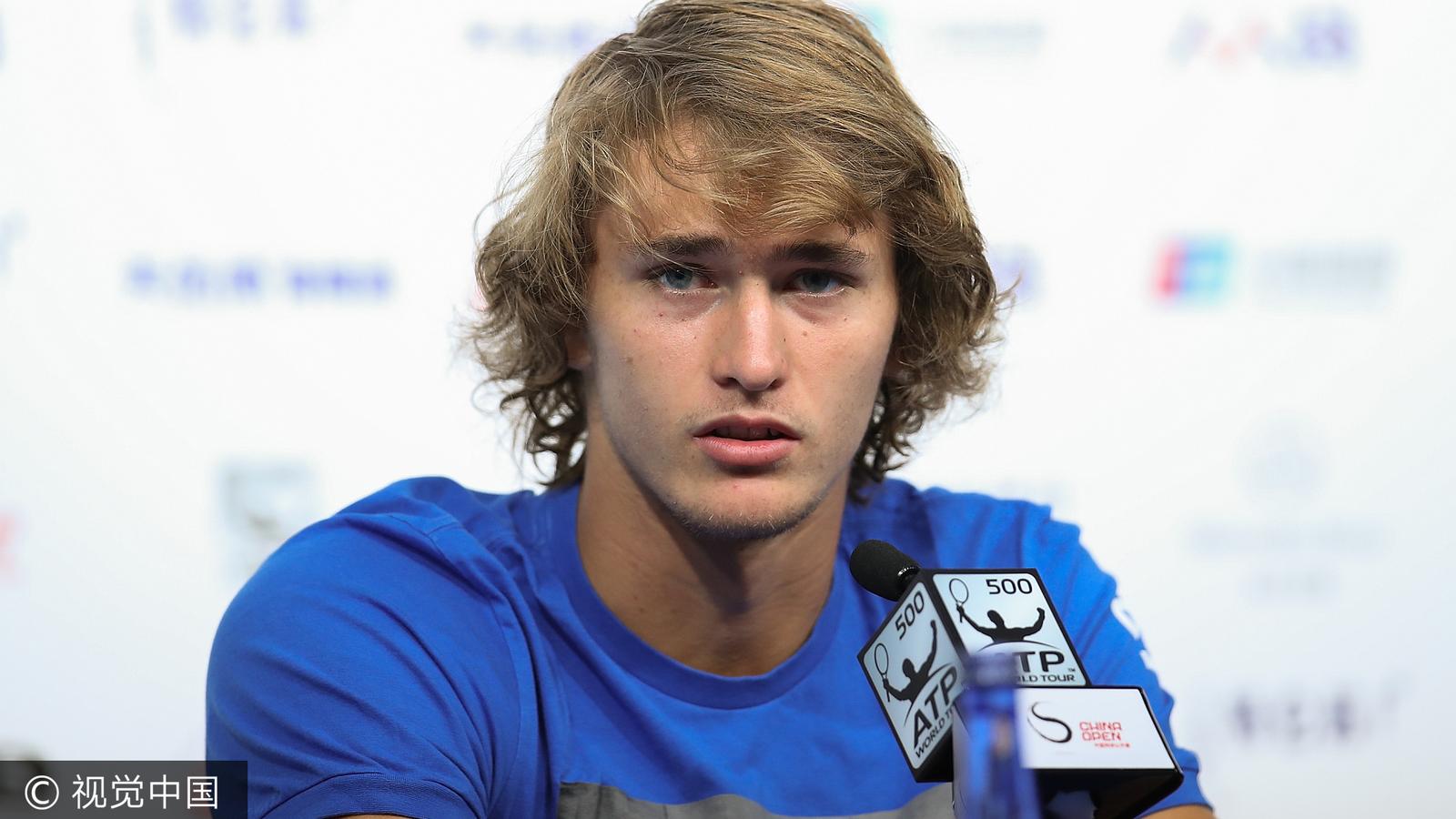 Alexander Zverev’s first visit to the China Open ended with a first round qualifying loss in 2015.

He returned last year as the world No.24 and reached the quarterfinals.

This year he is the world No.4, the tournament’s second seed and a title favourite.

A rapid rise? There is no question about it.

“I don't know if this tournament reflects how fast I've grown. It's more the seasons that I had,” Zverev said ahead of his first round match in Beijing.

Is it hard to set new goals when you’re suddenly one of the best players in the world? Not for a determined Zverev.

“Grand Slams is something I want to improve next year. I want to get further in those tournaments,” he revealed.

Long-touted as a future world No.1, Zverev is not panicking that he is yet to reach a Grand Slam quarterfinal in 10 main draw appearances.

“I'm only still 20 years old. You can't have it all unfortunately,” he said.

“I've been dealing with expectations since a very young age. I've learned how to deal with them. Obviously it becomes more and more the higher you are ranked.

“Of course, it's nice to hear from great players what they think I might become one day, but this is still all in the future, a work in progress. The getting better part is more important than what other people think about me.”

For the self-anointed “work in progress”, his immediate focus is on performing well in Beijing this week and pleasing his ever-growing fan base.

“The fans are always great in China,” he said.

“That's why I think all the players love coming back. They're trying to be very personal with players, trying to interact. That's very special for all of us.”

They have played once before, with Zverev winning via retirement in Nice last year.

“This is a big tournament. This is a very nice event with a beautiful stadium. Hopefully I can play my best tennis here,” Zverev said.

Such determination and focus is hardly surprising. For this rapidly rising star, there is always another new high to strive for.