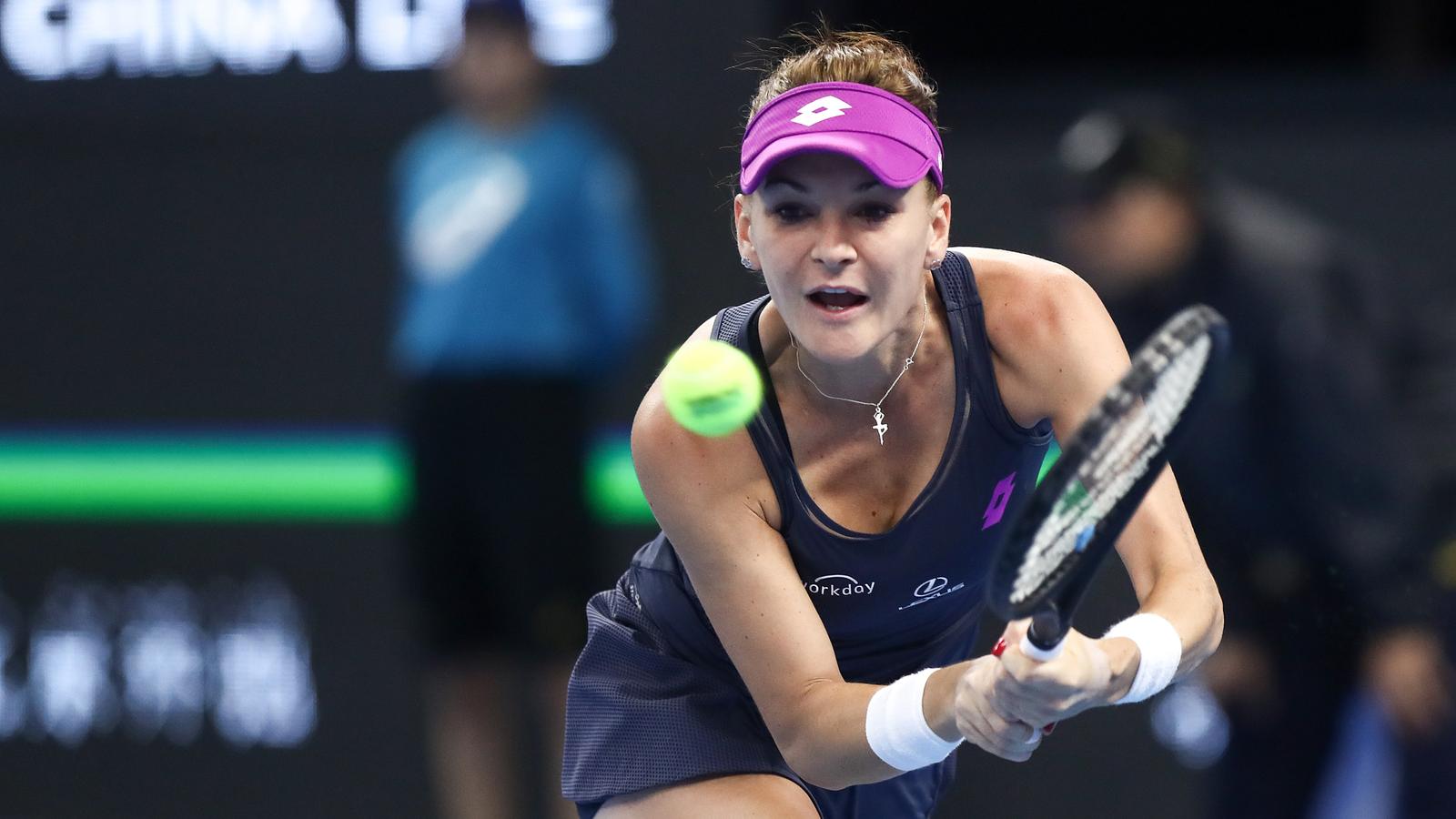 Defending champion Agnieszka Radwanska is through to the third round of the China Open after a straight sets win over home favourite Zhang Shuai. Eleventh seed Radwanska needed one hour 48 minutes to find a way past the spirited world No.26, who had the Diamond Court crowd firmly on her side.

The match was expected to be a tight affair, and so it proved as the pair traded tight holds through the early phase of the opening set. Radwanska broke for 4-3, but couldn’t consolidate with Zhang hitting straight back. However, when the Pole struck again at 5-5 there would be no let up, and she served out the opener 7-5.

Zhang raced away to a 3-0 at the start of the second, only for Radwanska to level it. A pair of holds was followed by a succession of breaks, Radwanska squandering her first opportunity to serve for the match. She wouldn’t make the same mistake twice when she again served for it at 6-5, eventually wrapping up the 7-5 7-5 win.

Earlier on Lotus Court, second seed Simona Halep set up a tantalising third round clash with Maria Sharapova when her opponent, Magdalena Rybarikova, was forced to retire with illness. In what had been an entertaining match, Rybarikova pulled the pin trailing Halep 6-1 2-1.

It was a similar story for Daria Gavrilova and Coco Vandeweghe. The Aussie had won seven games in a row when Vandeweghe retired with an injury trailing 6-3 2-0.

Fourth seed Karolina Pliskova was forced to dig deep as she found a way past former Top 10 player Andrea Petkovic. The world No.4 needed one hour 39 minutes to get the better of her German opponent in the 6-4 6-4 win.

In the day’s other results, Elena Vesnina was a 6-3 6-2 winner over Ying-Ying Duan; Petra Kvitova beat Varvara Lepxhenko 6-4 6-4; Sorana Cirstea was a 7-6(4) 6-0 winner over qualifier Christina McHale; and Barbora Strycova beat Julia Goerges 6-4 6-2.