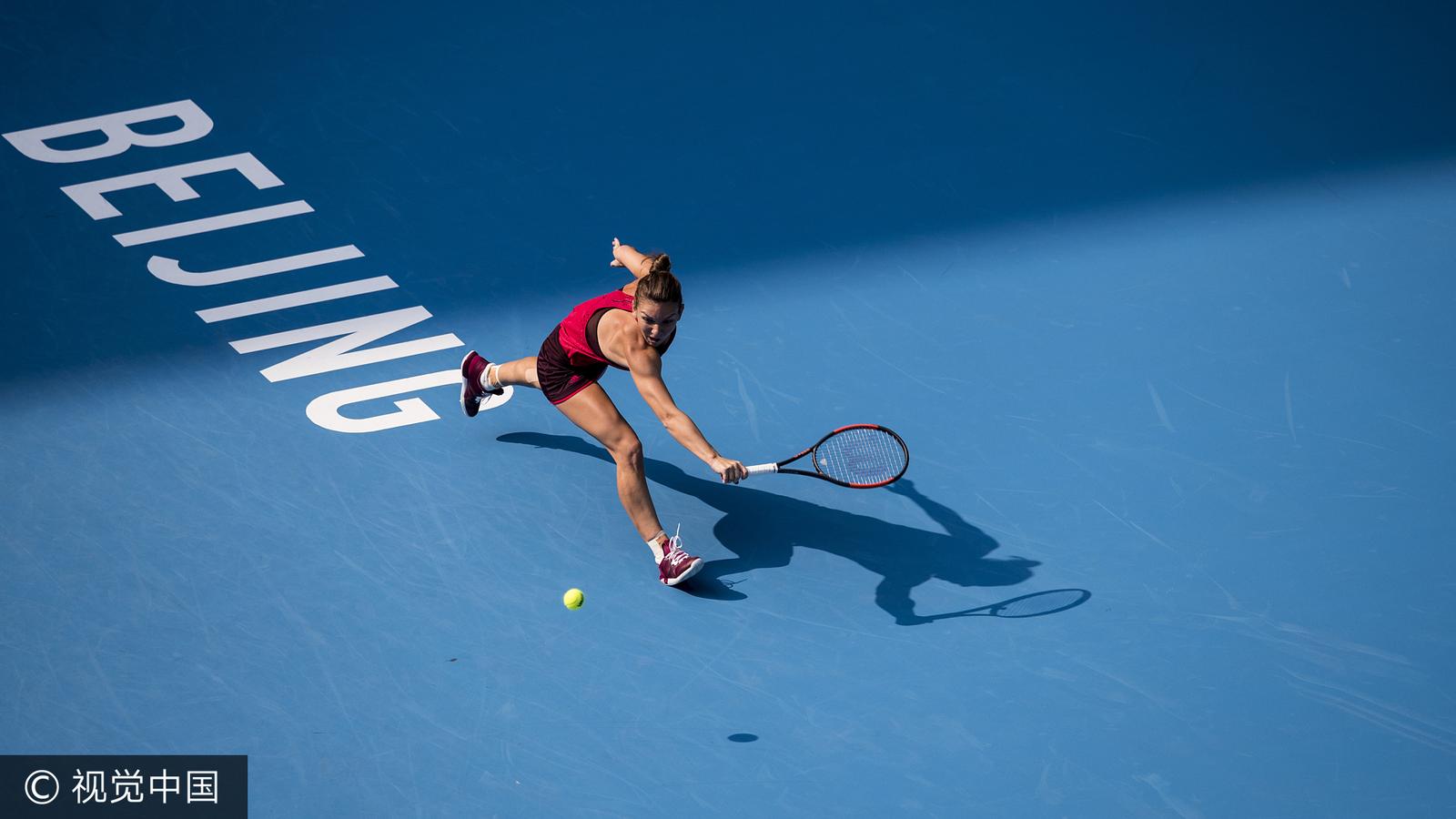 It’s a semifinal Super Saturday at the China Open, with a place in final and, possibly, the WTA No.1 on the line.

WTA: The battle for No.1

Simona Halep has been on the cusp of world No.1 on no fewer than three occasions this year, and the Romanian is there again in Beijing. If she beats Jelena Ostapenko in tomorrow’s semifinal, the No.1 is hers.

But there are no guarantees.

In Jelena Ostapenko, Simona Halep is not only facing one of the form players on the WTA, but someone who knows what it takes to beat her. Ostapenko won their only previous meeting in the French Open final - one of the times Halep had a shot at the No.1. That said, Halep is looking relaxed and ready in Beijing, and will be the favourite going into this match.

The second semifinal of the day pits one of the in-form players on the WTA against one of its brightest stars. Caroline Garcia will take on Petra Kvitova in what promises to be a bruising first night match on Diamond Court. The big question will be, however, how Garcia pulls up after her epic win over Elina Svitolina in the quarterfinals. Garcia, who won in Wuhan last week, will need to be on form to pose a threat to player who is playing some of her best tennis of the year in Beijing.

It’s impossible to decide which is the better ATP semifinal on Saturday. Rafael Nadal v Grigor Dimitrov is a clash of style but a meeting of tennis excellence, while Alexander Zverev v Nick Kyrgios pits two of tennis’ best young talents against one another.

On paper, Rafael Nadal v Grigor Dimitrov is a one-sided affair. The world No.1 leads the head to head 8-1, and is enjoying a spectacular return to form in 2017. But so, too, is Dimitrov, and the Bulgarian will fancy his chances against a man he beat in 2016, and took to five incredible sets in their one meeting in 2017 (Australian Open). Whomever comes out on top, China Open fans can rest assured that they will be in for a shot making spectacular.

When Nick Kyrgios and Alexander Zverev meet in the second night match on Diamond Court, tennis fans will be witnessing one of the great rivalries for future years. Fire and ice, unpredictability and steely determination, Kyrgios and Zverev both contrast - and compliment - one another spectacularly. The result is often a blockbuster match with some of the most sublime shotmaking you will witness on a tennis court. Kyrgios leads the head to head 2-1, but Zverev won their last meeting and is riding a wave of supreme confidence going into this one.