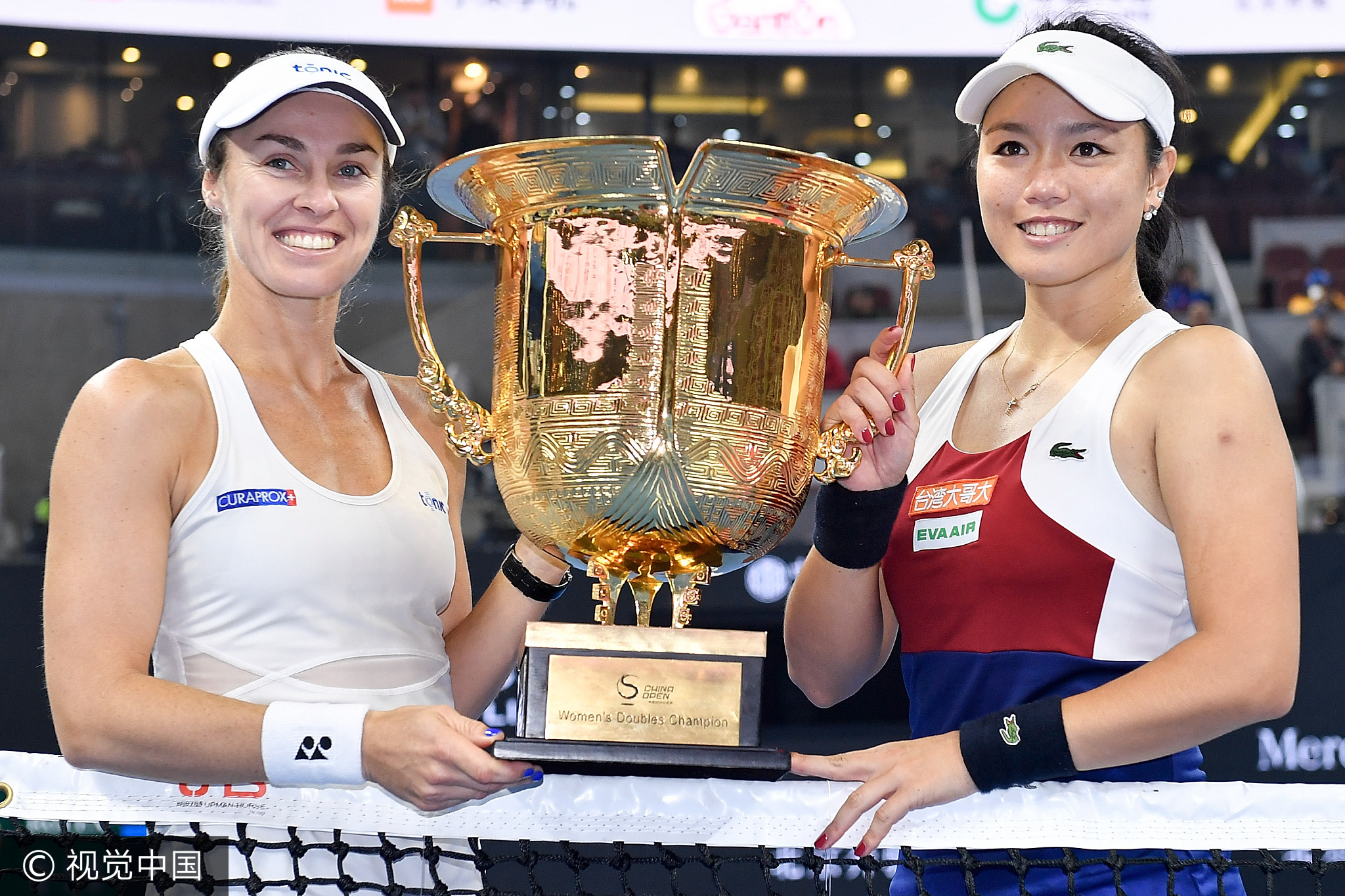 Martina Hingis and Yung-Jan Chan are the China Open women’s doubles champions for 2017.

The match got off to a delayed start, as players joined ball kids and officials in drying a wet court.

Under a closed roof, Hingis and Chan raced to an early lead and wrapped up the first set in 25 minutes. They hit two unforced errors for the set, compared to their opponent’s 21, and lost only 12 points to stamp their domination on the match.

It was close early in the second set, with games on serve for the first six games. Hingis and Chan struck in the seventh game, breaking the Hlavackova serve to edge ahead.

The fifth seeds had a chance to break back in the next game, but couldn’t capitalise on two break point opportunities on Hingis’ serve.

Babos saved a match point on her next service game, before Chan comfortably served out victory.

Hingis and Chan were flawless, losing a total of 12 points on serve and not getting broken in the 65-minute match.

Hingis and Chan have now won nine titles together this season and extend their current winning streak to 18 matches.

It is Hingis’ second China Open doubles title, having also won alongside Sania Mirza in 2015. It is a first China Open title for Chan, whose previous best result was a runner-up finish to Hingis in 2015.

“We had great competition against each other and since we’ve teamed up, this is our ninth title. It’s a great honour for me to out here again this year and playing for the championships,” Hingis said.

“Thank you to all the fans here in Beijing too, you’ve been a great support.”