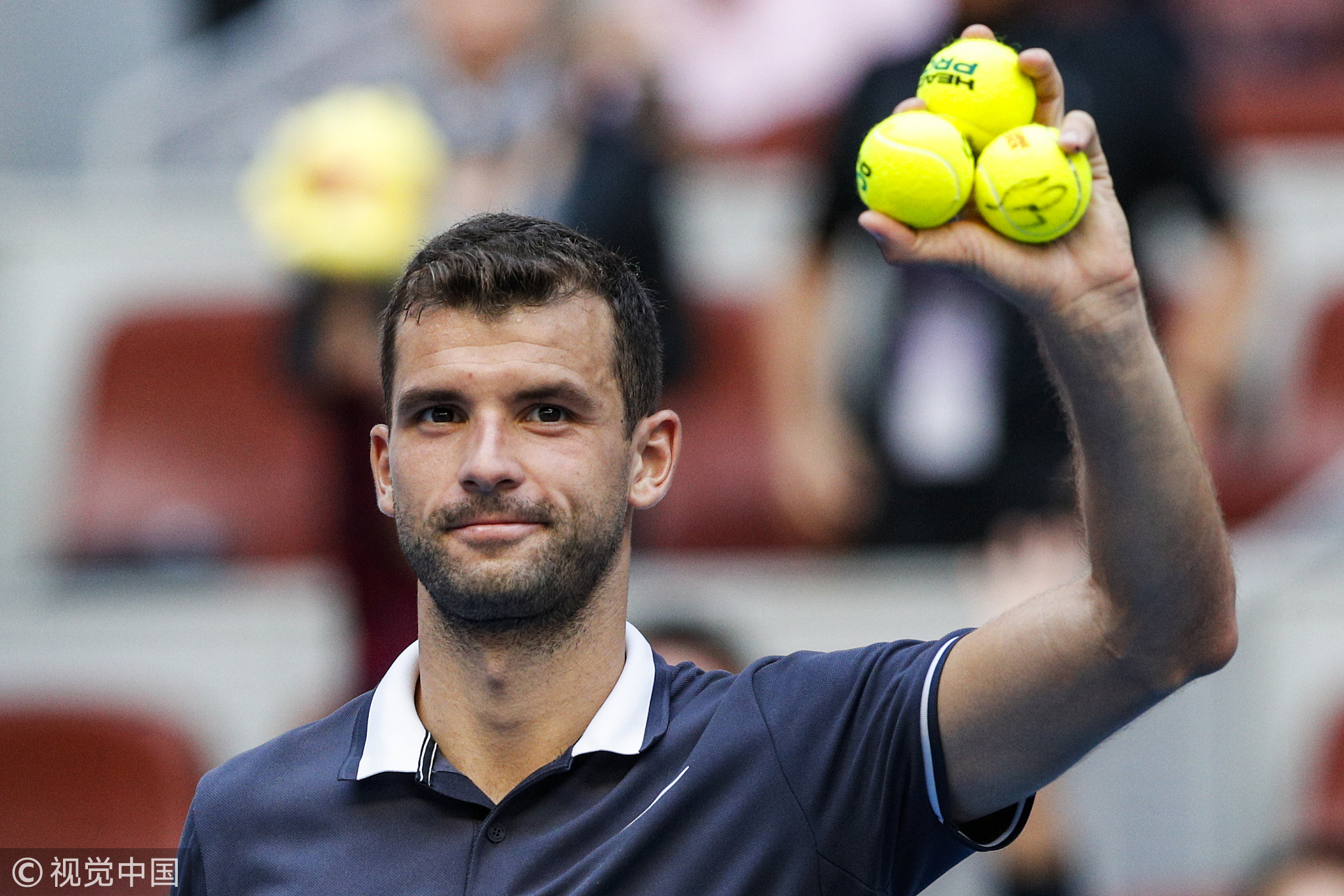 Grigor Dimitrov got past Tennys Sandgren in their first career meeting at Beijing’s National Tennis Stadium on Tuesday.

The Bulgarian completed a 7-5 6-3 victory to set up a meeting with Dusan Lajovic in the last 16.

In a tight match, the eighth-ranked Dimitrov struggled in the first set against the American – who was making his debut at the China Open – and had trouble adjusting to his playing style.

“I didn’t have much time to prepare for that (Sandgren)…it’s never easy when you’ve never played against a guy,” Dimitrov said.

“I think it took me quite a few games early on to kind of get in a rhythm, see what kind of game plan he had, just try to get comfortable into the match.”

After being up 5-2 in the first set, Dimitrov then did not win a single point as Sandgren won three games in a row to tie the set at 5-5.

“I think he served pretty good. There’s not much I could have done … I kind of let those games go a little bit,” Dimitrov admitted.

“Again, it’s one of those moments when the player plays well, catches such a wave, it’s hard to do something.

“I just knew I had to stay in the game, stay composed, look after my service game after.”

As the match progressed, Dimitrov did find that groove he was looking for. He moved through the second set more comfortably to wrap up victory in 82 minutes.