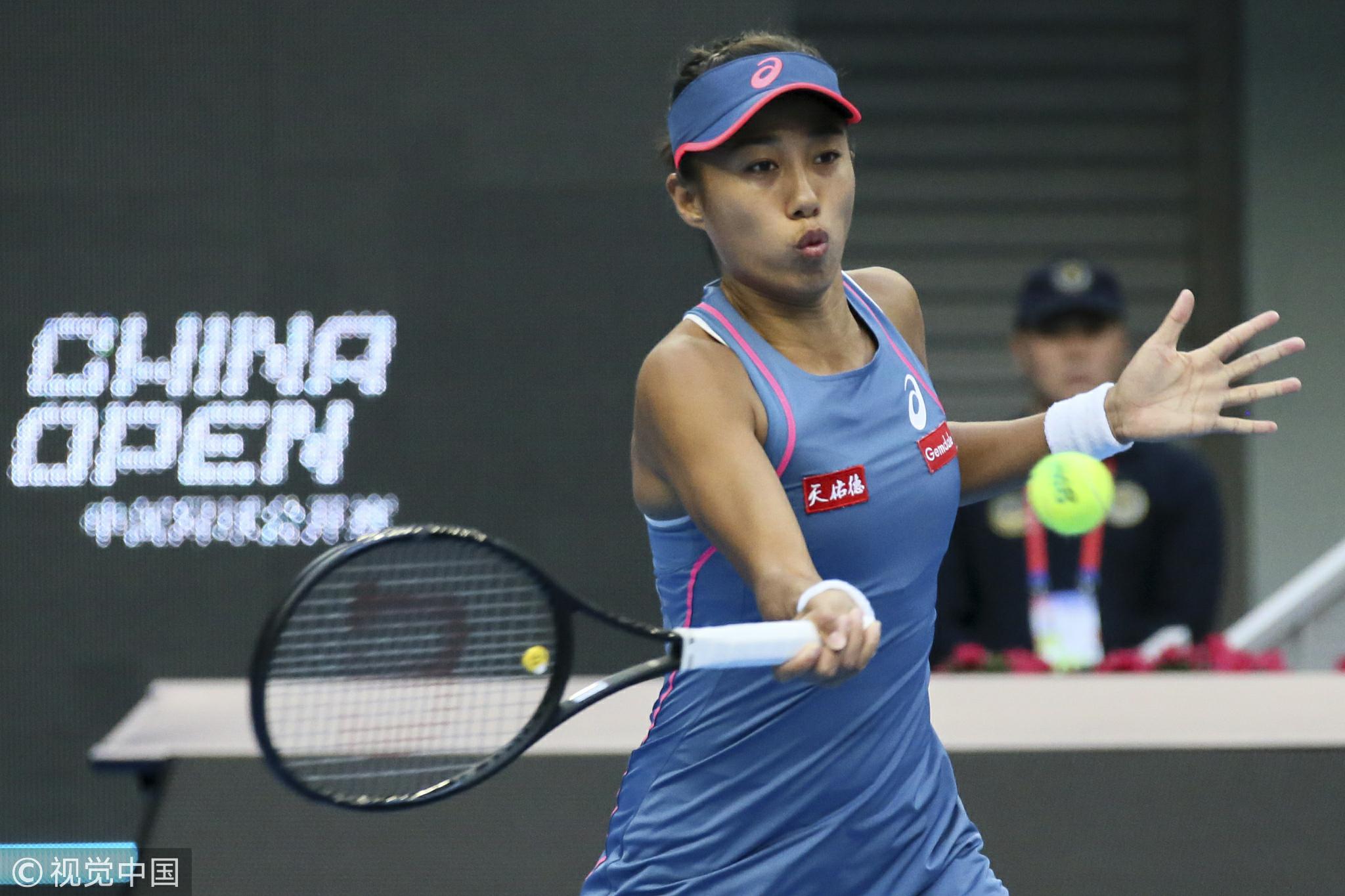 Mertens struggled early, winning only four points on serve in the opening set. However, the Belgian responded well to win four consecutive games and snare the second set.

As fans rallied for Zhang, the 29-year-old from Tianjin produced some tremendous winners to win the match.

“I think sometimes the result of the match is only the matter of a couple points,” Zhang admitted.

“On my home turf with the fans cheering for me, I can give my best performance, especially when I was down.”

A disappointed Wu vowed to learn from the experience.

“First of all, it’s a great experience for me here on the centre court,” the world No.422 said.

“I think baseline-wise, I have to be more calm and work on rallies, how to maintain the shots and how to make better selection for the shots.”