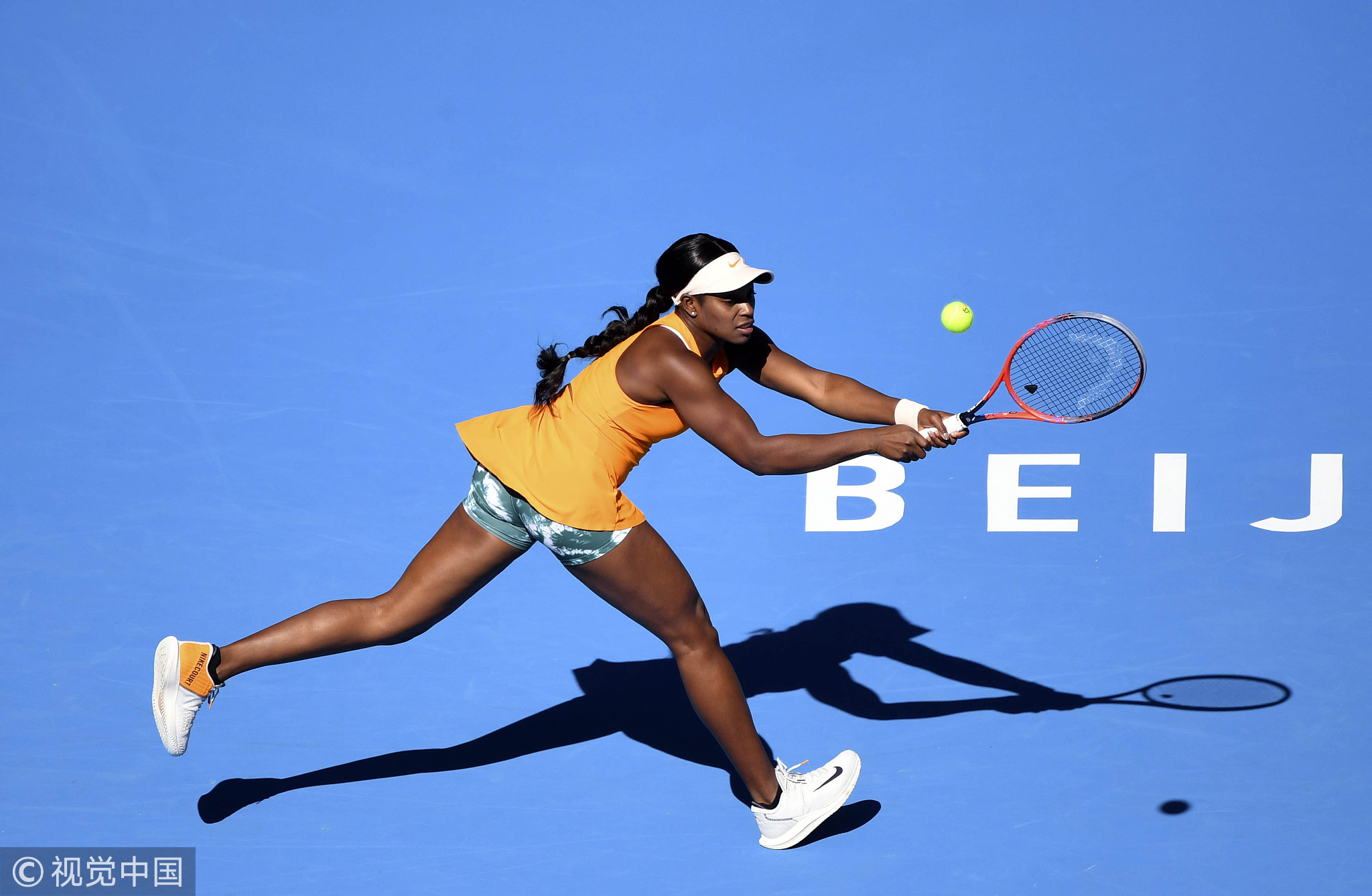 Former US Open champion Sloane Stephens has powered into the China Open third round.

The ninth seed proved too strong for Chinese wildcard Zheng Saisai, recording a 6-1 6-3 victory in 82 minutes on Diamond Court today.

Stephens’ first-round win over Anastasia Pavlyuchenkova was her first in Asia in three years – and she is thrilled to be continuing her winning run in Beijing.

“It's nice to be able to win two matches in a row, kind of get it going. I guess every match counts at this point. Just trying to win as much as I can, do the best I can,” Stephens said.

The American is chasing a place at the WTA Finals in Singapore later this month. Only three players have qualified so far, with five spots still up for grabs. Stephens described the situation as ‘stressful’.

“When you get down to the end of the year, everyone is trying to make the year-end. Everyone is, like, freaking out,” Stephens said.

“But I think now that we're kind of getting closer to the tournaments, there's only a couple tournaments left, it's a little bit difficult. Going out there today, I was just like, ‘I got to play, figure something out’. I played well, so that's all I really can ask for.”

Zheng conceded she was not consistent enough to challenge Stephens.

“I had many unforced errors. It was really hard to control the ball,” the world No.64-ranked wildcard admitted.

“In general, I think I wasn’t playing very well and she played really fast.”

Cibulkova, who won the WTA Finals in 2016, moved into the third round with a 6-3 6-3 win over Australian Daria Gavrilova.