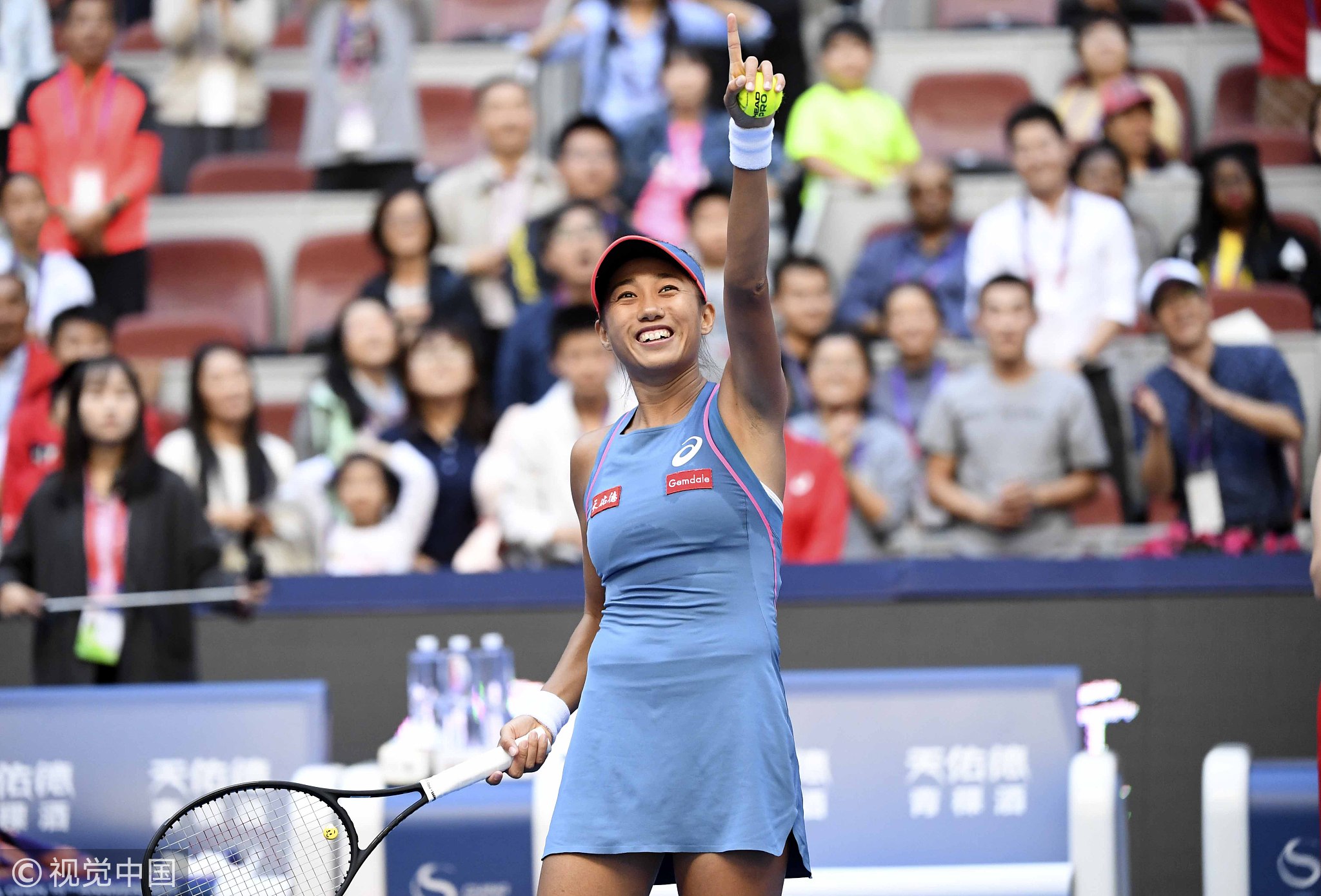 Zhang Shuai thrilled home fans when she surged past world No.68 Timea Babos in Beijing on Wednesday.

The No.2-ranked female Chinese player beat Babos – a doubles specialist with 18 WTA titles to her name – 6-1 6-2 to set up a third-round meeting with No.3 seed Angelique Kerber.

A smile came across Zhang’s face while leading 5-0 after she overawed Babos with a splendid serve-and-volley attack.

“We had eye contact at the moment. We were surprised at how the ball flew, so we smiled at each other because it was probably the best shot or best rally of the match. It was an admiration and respect to my opponent,” Zhang revealed.

The local then drove consecutive aces to take the opening set.

The Hungarian seemed to retrieve momentum when she led 1-2 in the second set, but the Chinese ruthlessly dashed her hopes, reeling off five games in a row to take the match.

After sealing victory in 69 minutes, Zhang turned her attention to her impending match against Kerber, a former world No.1 and a three-time Grand Slam champion.

“I will try my best to raise my level, to play my best game,” Zhang said.

“In the Diamond Court, I always get positive energy. I always feel stronger in the center court. I hope this kind of magical experience will come back to me tomorrow.”