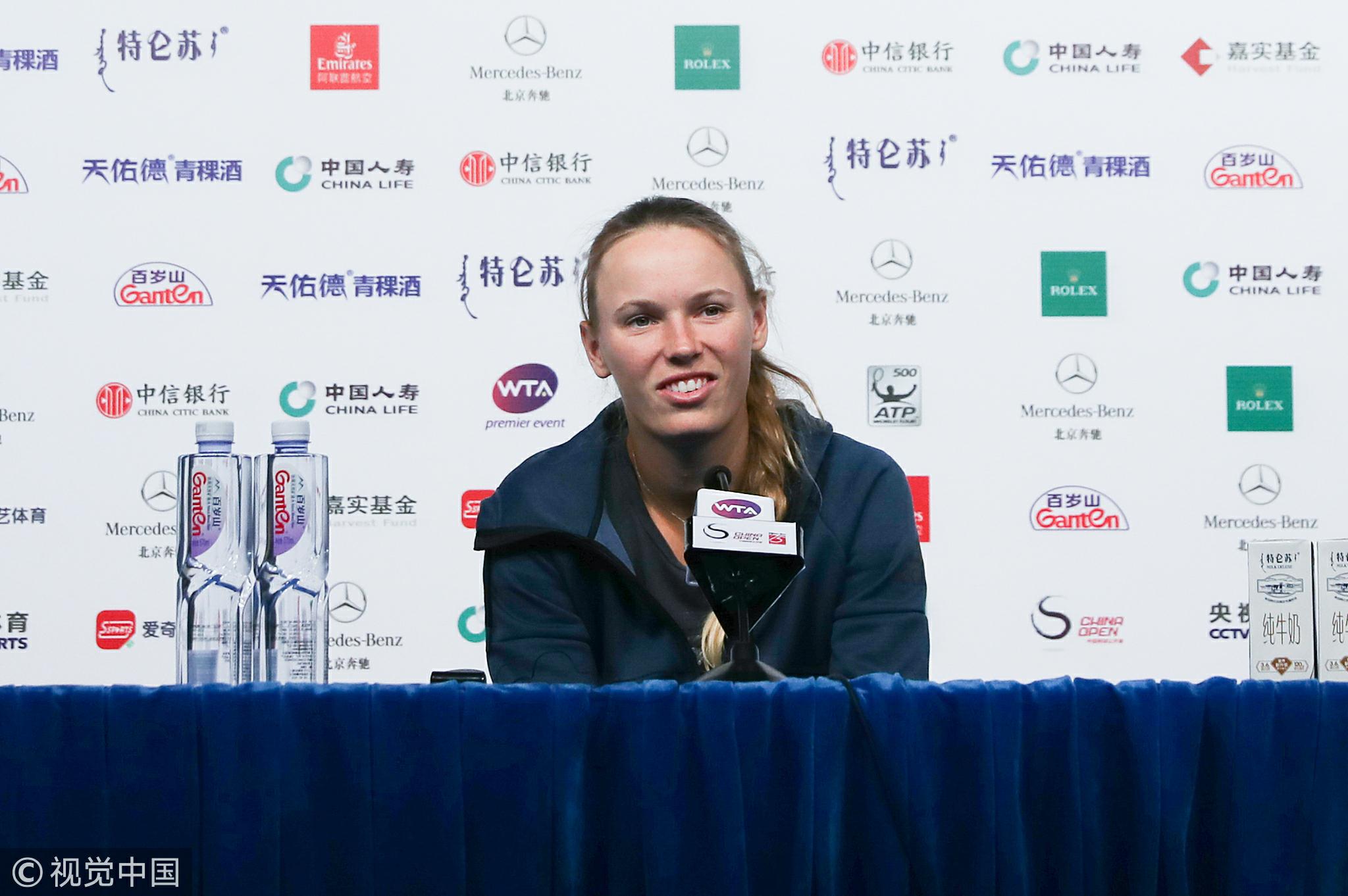 No.2 seed Caroline Wozniacki is the final woman into the round of 16 after her 7-5 6-3 win against Croatian Petra Martic.

It is the Dane’s best result since June, having last won consecutive matches in a title-winning run in Eastbourne.

The Australian Open champion, who has her sights set on qualifying for the WTA Finals in Singapore, fired six aces and converted five of 16 break points to beat the world No.36 in an hour and 47 minutes.

“I think everyone is trying to fight for Singapore,” Wozniacki said. “I’m just here to try and qualify, try to do my best, try and go as far in this tournament as I possibly can.”

Since winning Eastbourne, the 28-year-old tumbled out in the early rounds of two Grand Slams and withdrew from two tournaments due to injury.

Wozniacki, playing in her 12th China Open, had an undefeated record against Martic going into the match, never dropping more than five games in any meeting.

Both players struggled with their service games from the start, exchanging breaks within the first four games. Nine games in the first set extended to deuce, lasting over an hour before Wozniacki earned a break to send her up 6-5.

The 2012 champion earnt a set point with a running cross-court backhand passing shot, which she won after Martic thumped a forehand into the net.

The second set started with an early break from the Croatian, looking as though the tides had turned her way.

A shanked backhand by Martic, however, gave Wozniacki the break back, and another missed forehand gave the No.2 seed the opportunity she needed.

On match point, Wozniacki sealed victory with an ace.

“I think I served a little bit better in the second set. But honestly, I thought she played well. I was just trying to stay focused and tried to run a lot of balls down, try to mix up the pace, be aggressive when I could,” Wozniacki said.

Wozniacki will face Estonia’s Anett Kontaveit, a finalist at Wuhan last week, in the next round.