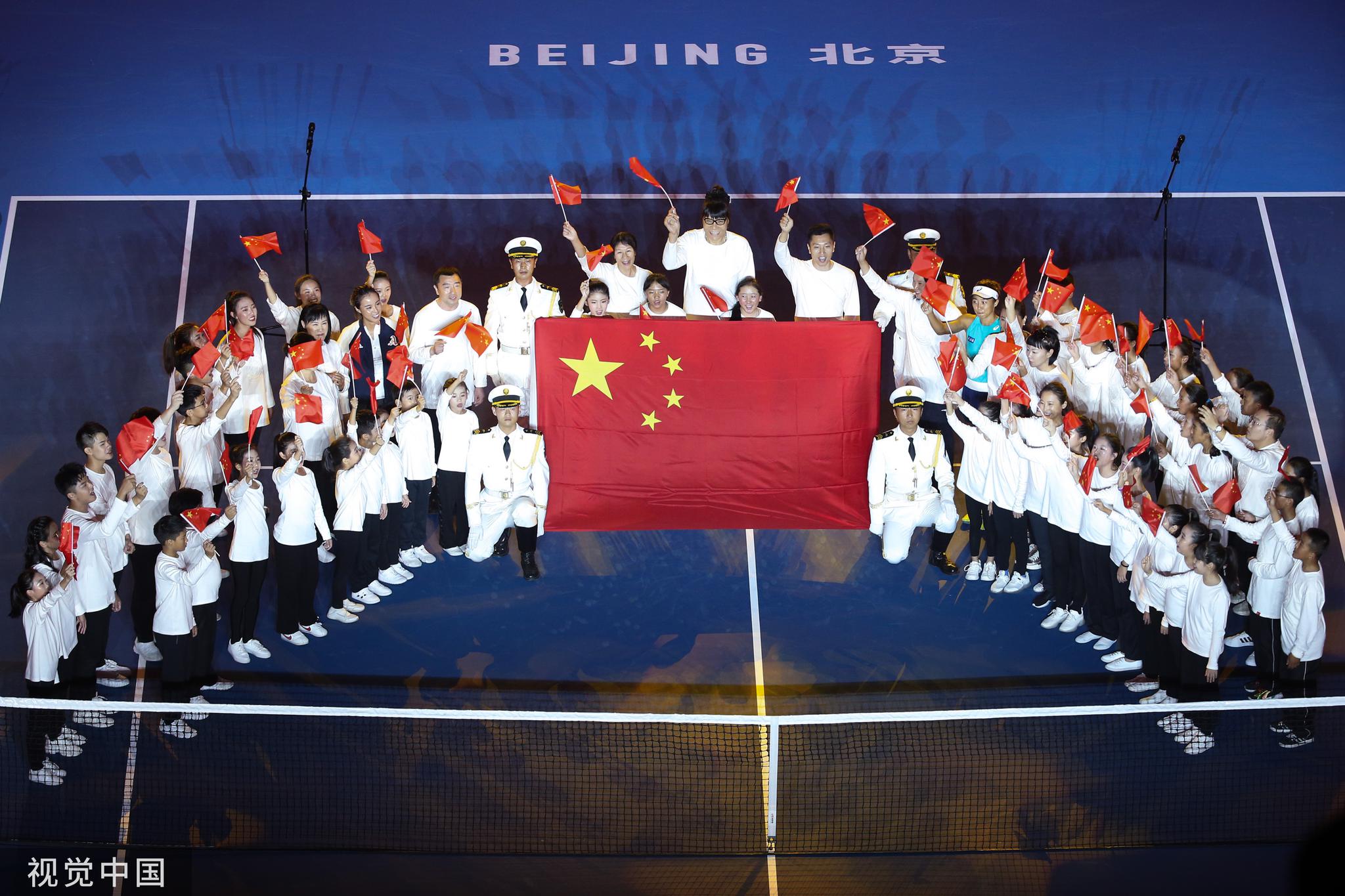 The Opening Ceremony for the 2019 China Open on Saturday showcased tennis, music, children playing instruments and a teller light show.

The event on Diamond Court was delayed for two hours behind the scheduled start time of 7 p.m. after three successive women’s matches went into a third decisive set.

This delay, however, didn’t deter fans of all ages from waiting outside and filling the stands when doors eventually opened.

Players from the tournament participated in the program alongside a children’s chorus. Many wore white and waved the country’s flag.

The highlight of the ceremony was the presentation of the Champion’s Brick, honoring last year’s winners, Caroline Wozniacki and Nikoloz Basilashvili. Every year the stones are placed on Championship Avenue in the National Tennis Center.

The Opening Ceremony was followed by a women’s singles match between Daria Kasatkina of Russia and Peng Shuai of China.