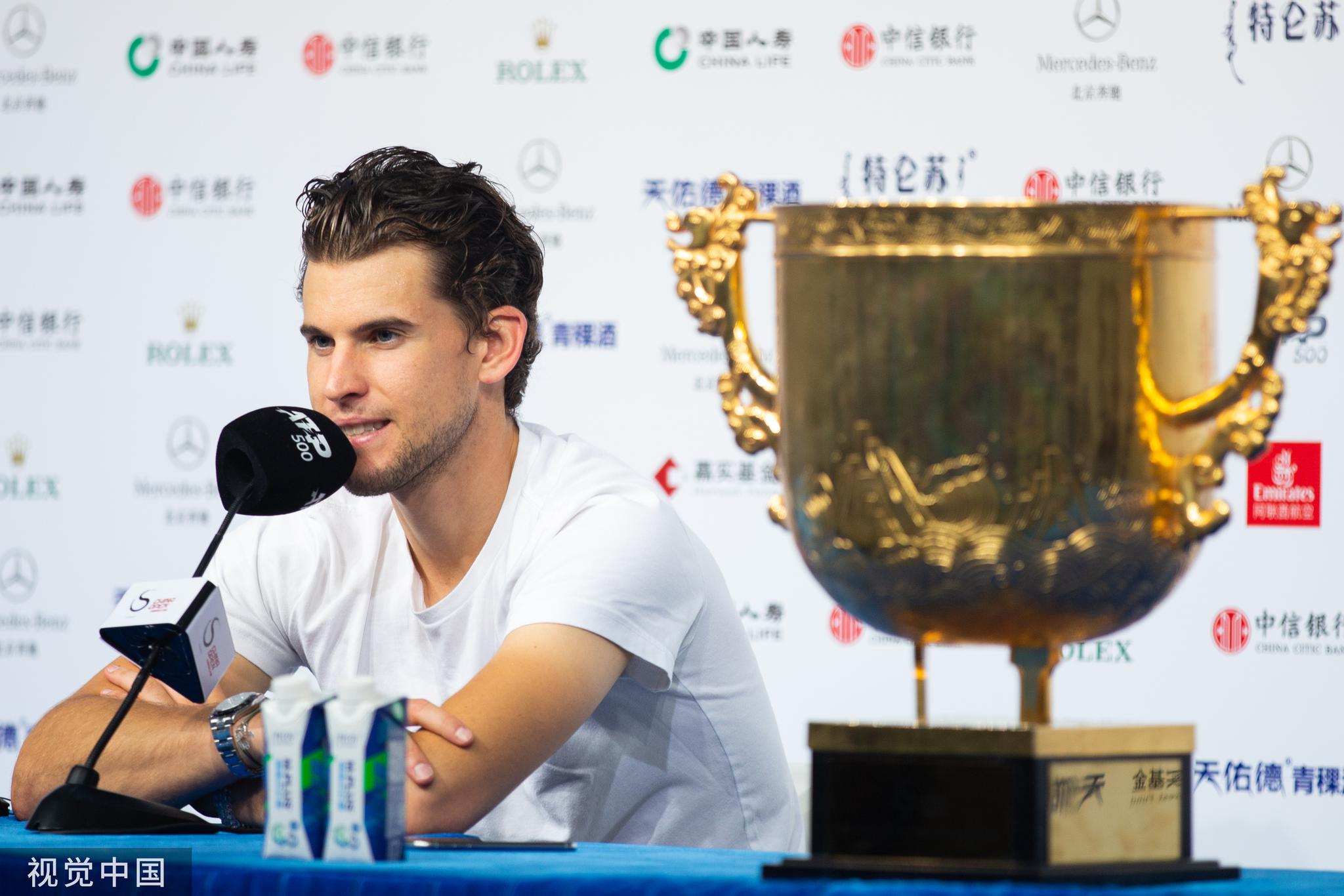 After a week of tough matches and a solid draw, Dominic Thiem is this year’s China Open champion.

The star said he feels like he is playing some of the best tennis of his life right now.

“Today was for me one of the best matches I've played in my life I guess,” Thiem said in a post finals press conference.

The China Open is the fourth title the Austrian has picked up this year, including two masters 1000 levels and one 500.

“I consider this one here as my second biggest title because the draw was extraordinary strong. Last seed was 13, so it was almost like a Masters 1000,” the champion said.

Thiem was having a rough end to the summer after losing in the first round of the U.S. Open to Thomas Fabbiano of Italy.

He said his early drop out of the U.S. Open helped him get fit for the end of the year.

“I was struggling at the U.S. Open. It had one good side so that I'm fresh for this last period of the season.”

Thiem will move on to play in the Shanghai Masters tournament on Tuesday, he is hoping this win will give him momentum moving forward.

“I'm full of confidence now, playing well. I'll try to deliver that also to Shanghai. It's not going to be easy, but I hope I'm ready for it,” he said.