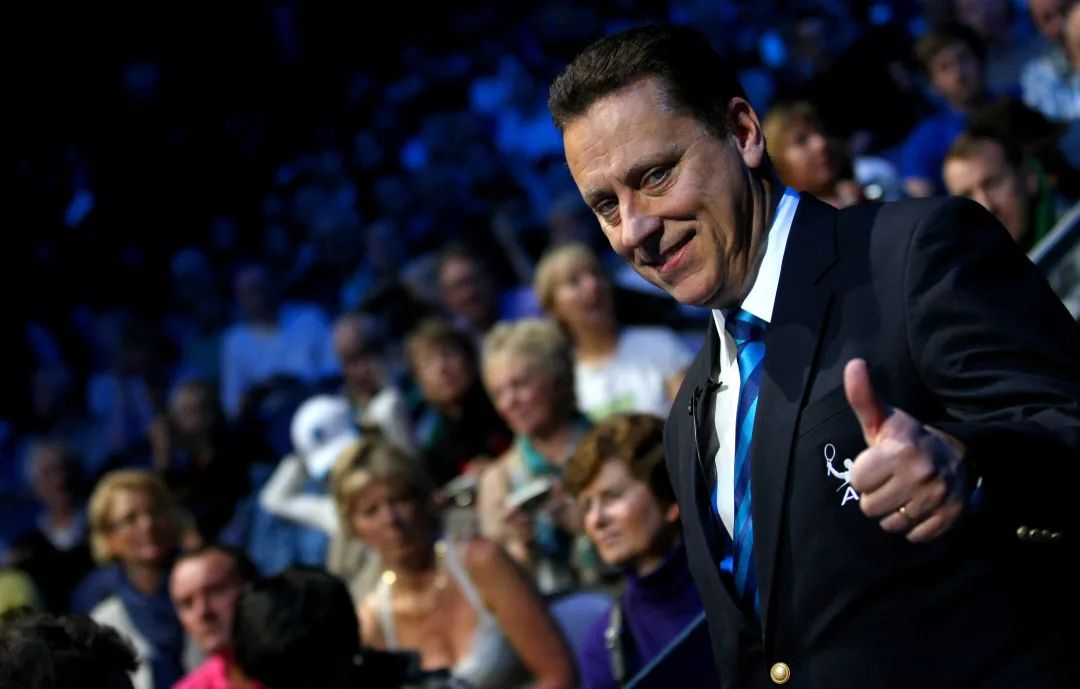 Aug 12th, Beijing An online press conference held by China Open Promotions Limited on August 12th has officially announced that Lars Graff is going to begin his 5-year term as the new Co-Tournament Director. The ATP Vice President of Officiating and Sweden Hall of Famer will leverage his rich industry experience and valuable resources to help China Open to further enhance the event’s quality and strengthen its influence internationally.

Graff excelled in multiple positions during his illustrious 26-year professional career in tennis. As arguably the most acclaimed gold badge chair umpire in tennis history, Graff umpired all the ATP's top-level tournaments, several Olympic Games, Davis Cup events, and the Grand Slams. Some classic matches are still well remembered by the fans, including the 2009 Wimbledon Men’s Final between Roger Federer vs Andy Roddick. Thereafter, when he umpired the Women’s Finals in 2012, Graff had the honour of being the only international chair umpire in the modern era to have umpired both the Wimbledon Men’s and Women’s Finals. At the conclusion of the 2012 ATP end of the year Finals with Federer against Djokovic, both players expressed their appreciation of his years of service to tennis.

At the culmination of his career as the Chair Umpire, Graff, having just received his MBA from the Stockholm School of Economics, moved on to work for ATP administration, from Manager to Director to ultimately taking the position of Vice President of Officiating.

These many years of work has gained Graff a wide recognition and helped him to build a remarkable reputation amongst all stakeholders, e.g. players, tournaments, governing bodies, etc. His superior administrative skills and exceptional people skills allowed him to obtain and then promote a great understanding (and love) of the game and the industry. Tennis staff and players widely see him as a respected member of the community.

Alfred Zhang Junhui, the Tournament Director of China Open said, “To be in line with the trend of the China Open and the Chinese tennis market, from the beginning of the year we have been looking for an international co-tournament directors with professional skills, extensive industry connections and a global perspective, as well as a good understanding of the China Open and the Chinese market. After an extensive selection process, we are fortunate to have Mr. Lars Graff on board. Lars Graff's 30 years of experience in the tennis industry and extensive network in the industry are bound to be of great help to the future development of the China Open. Going forward he will focus on strengthening the international branding of the China Open, expanding player relations and improving player and tournament services, as well as supporting the improvement of the fan’s experience, sponsor development, marketing, and promotion planning."

Graff and China Open go back a long way. Many times, he came to Beijing as the Chair Umpire and Tournament Supervisor. Even at the very beginning of this event years ago, Graff was present and contributing to its remarkable growth. Graff umpired the 2004 China Open Men’s final, where he umpired the match when Marat Safin defeated Mikhail Youzhny and raised the first China Open Men’s Champion Trophy. In 2007, he umpired his first WTA finals when Ágnes Szávay made an unbelievable turnaround against Jelena Jankovic. And in the year of 2008, he came to Beijing twice for the Olympics as well as the China Open. “China Open and I, we go way back, I have always been amazed by the high level of the tournament. China has probably the most promising tennis markets in the world, and I'm very impressed by the passion and love the fans here have for the game.” Graff says.

Tennis in China is a land of both opportunities and challenges. Joining China Open is a demonstration of Graff’s strong confidence and great expectations towards the future tennis market in China. “I am really looking forward to work with Alfred and his team, as I have known and respected them for quite a long time. They have done a great job in the past, always seeking to improve the tournament for all the stakeholders (ATP/WTA, sponsors, broadcasters, players, fans). Together we will strive to reach new heights that will rival the very best tournaments in tennis. I truly believe the potential is there and waiting to be realized.” Graff believes.

The joining of Graff has gained a wide attention internationally. Alison Lee, Executive Vice President, International Region & Challenger Tour of ATP has showed her support. “While Lars will be very much missed at the ATP, we are glad to know he is staying within the Tennis Family by taking up the position of Co-Tournament Director of the China Open in Beijing. His knowledge and experience will complement Alfred Zhang and his team well. Together, I am confident they will grow the China Open into an even more successful tournament.”

Steve Simon, WTA Chairman and CEO said, “The WTA congratulates the China Open and Mr. Lars Graff on the appointment as the new co-tournament director of this prestigious event. As one of the four Premier Mandatory events, the China Open is a cornerstone of the WTA’s calendar and a key partner for WTA to carry on its strategic initiatives to further develop the sport in the region. Mr. Graff will no doubt bring his valuable experience to the already elite team of China Open. We look forward to working with Lars and seeing the event continue to prosper in the years to come”

Founded in 2004, with a WTA Premier Mandatory Event, an ATP Tour 500 event, and an ITF World Tennis Tour Juniors Grade 2 event, China Open has become the combined men and women's tennis event with the highest prize money, the most participants, and the greatest influence in Asia.

Over the past 16 years, China Open has been aiming to build a top sports marketing platform and it is at the forefront of tech-innovation. In 2019, China Open became the first tennis event in Asia to achieve a full coverage of Hawkeye technology in all match courts. Later at that year, 2019 China Open Women’s quarterfinal between Naomi Osaka and Bianca Andreescu has been rated as the all year No.1 best match by WTA.

Due to COVID-19 pandemic, tournaments in Chinese mainland have sadly been cancelled. China Open has shifted focus to organizing amateur matches and public services, and bringing up 2021 China Open preparation works onto the agenda.

We look forward with great anticipation to 2021 China Open, and with Lars Graff working side by side with Alfred Zhang Junhui, we are assured that great things and new levels of excellence are on the horizon for this beloved tennis event.