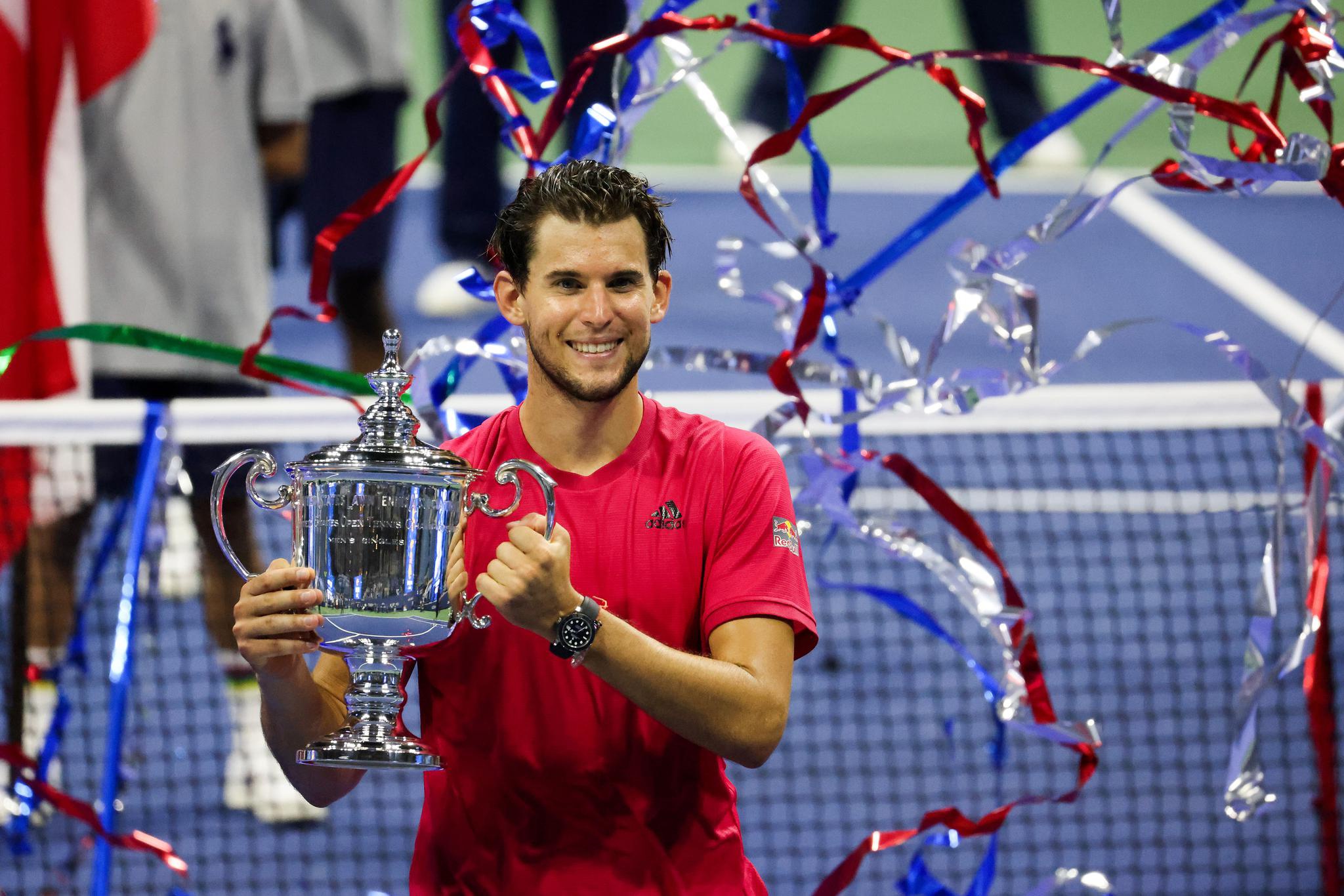 Dominic Thiem fell on his back inside Arthur Ashe Stadium at 8:19 p.m. Sunday evening. After a wild four hours and one minute of back-and-forth action in the US Open final, the Austrian briefly stared up into the New York night before covering his face with his hands for five seconds. The Austrian was in disbelief. He had finally accomplished his lifelong dream of winning a Grand Slam title.

The second seed became the first player in the Open Era to overcome a two-set deficit in the US Open final, battling from the brink of defeat on numerous occasions and overcoming visible cramping towards the end of the fifth set. In the end it didn’t matter how he did it. Thiem was just thrilled he made his dream come true.

“I achieved a life goal, a dream [for] myself, which I had for many, many years. Of course [I had that dream] as a kid as well when I started to play tennis. But back then it was so far away,” Thiem said. “At one point I realised that, ‘Wow, maybe one day I can really win one of the four biggest titles in tennis.’ I put a lot of work in. I dedicated basically my whole life until this point to win one of the four majors. Now I did it.”

Thiem was desperate to lift a major trophy. Three times previously he had reached the final of a Grand Slam and fallen short. He entered Sunday’s US Open championship match as the favourite for the first time. The Austrian was so agonisingly close to achieving his biggest goal. That made it even more difficult for him to win.

“Maybe it was not even good that I played in previous major finals,” Thiem said.

Nobody on the ATP Tour swings freer than Thiem. The Austrian is known for his massive groundstrokes and incredible shotmaking. If there’s one player who doesn’t get cheated when he swings, it’s Thiem.

But in the biggest match of his career, the 27-year-old’s loose swings were restricted. The more Thiem wanted the trophy, the tighter he got.

“I wanted this title so much and of course [it] was also in my head that if I lost this one, it's 0-4 [in major finals],” Thiem said. “It's always in your head: ‘Is this chance ever coming back again?’ This, that, all these thoughts, which are not great to play your best tennis, to play free.”

When Zverev broke in the third set to move close to victory, it was a tough moment for Thiem. His dream was slipping away. But he never gave up hope.

Full credit goes to Zverev for playing some of his best tennis to put Thiem in a deep hole. The Austrian expected an “open match” when he walked on court. Despite leading their ATP Head2Head series 7-2, Thiem knew he was facing a tough foe. Even after turning around the match and leading by a break in the fifth set, the second seed couldn’t run away with it. Zverev refused to go down without a fight.

It was ironic that Thiem, who is known for his cannon-like one-handed backhand, which he launches both cross-court and down the line, physically couldn't use that shot down the stretch. With his legs almost gone, Thiem holstered that weapon and often used his slice to avoid swinging himself out of the match.

“The belief in myself [was] not enough because Sascha, I'm sure he believed himself as well 100 per cent,” Thiem said. “Two guys like that played a match against each other. That's obviously how it finished, in a fifth-set tie-break.”

When Thiem is at his soaring best, he is capable of taking the match to anyone in the world. Now that he has finally made his dream come true, the Austrian believes he’ll be able to perform at an even higher level.

“I expect that it's going to be easier for me now in the biggest tournaments because, of course, I had it in the back of my head that I had a great career so far, way better career than I could ever dreamt of. But until today there was still a big part, a big goal missing,” Thiem said. “With this goal achieved, I think and I hope that I'm going to be a little bit more relaxed and play a little bit more freely at the biggest events.”

No matter what happens in the future, Thiem will never forget this moment. His body nor a game opponent were able to stop him. Nobody will ever be able to take away Thiem’s Grand Slam trophy.

“It was the first time [in] years and years that I was cramping. But I guess it was not physical cramps, it was mentally. I was super, super tight the whole day actually and then in the beginning of the match,” Thiem said. “Somehow the belief today was stronger than the body and I'm super happy about that.”（From ATP）